Long text messages can break into multiple texts for some recipients.

Text messages are sent using blocks of encoded characters called segments. Segment length is based on the amount of data that each character uses within that segment to be translated into readable text.

The default message length is 160 characters. Basic characters ("7-bit encoded") are worth one character. Some special characters can be encoded this way, but are worth two character lengths of data.

Many "fancier" characters and emojis will cause the entire segment length to be shorter. This is because the language used to explain emojis and special characters are more complicated and uses more data. Messages sent with "fancy" characters will transform every segment in that message to a maximum of 70 characters.

Most modern cell phone carriers will reassemble these multi-part text messages into one long text. However, some cell phone carriers (and many older phones) will deliver these segments in multiple separate messages. Sometimes these texts arrive out of order, and some carriers will mark each message with an indicator like (1/3), (2/3), (3/3). These indicators take up 7 characters themselves, which will further shorten the message.

External tools like this SMS Length Calculator can help analyze your message to preview how many characters it will use.

For the best user experience for your contacts, we highly recommend that you limit your initial messages to shorter messages that invite conversation. Always shorten URL links. Be wary of using emojis and other special characters in long scripts. Your target contacts will appreciate it!

ThruText's Segment Preview Feature will allow you to estimate the segments for initial messages or recommended replies. The preview is an estimate because the length of your custom attributes (like the texter's first or last name)in the script may change. However, this is a great way to gain visibility into your script's length and how it will appear to contacts on devices that display message segments as separate texts.

In the following example, the estimator shows that the crafted message is currently using 2 segments and has used 108 out of the available 153 characters for segment two. This means there is space for around 45 more characters before the start of segment three. 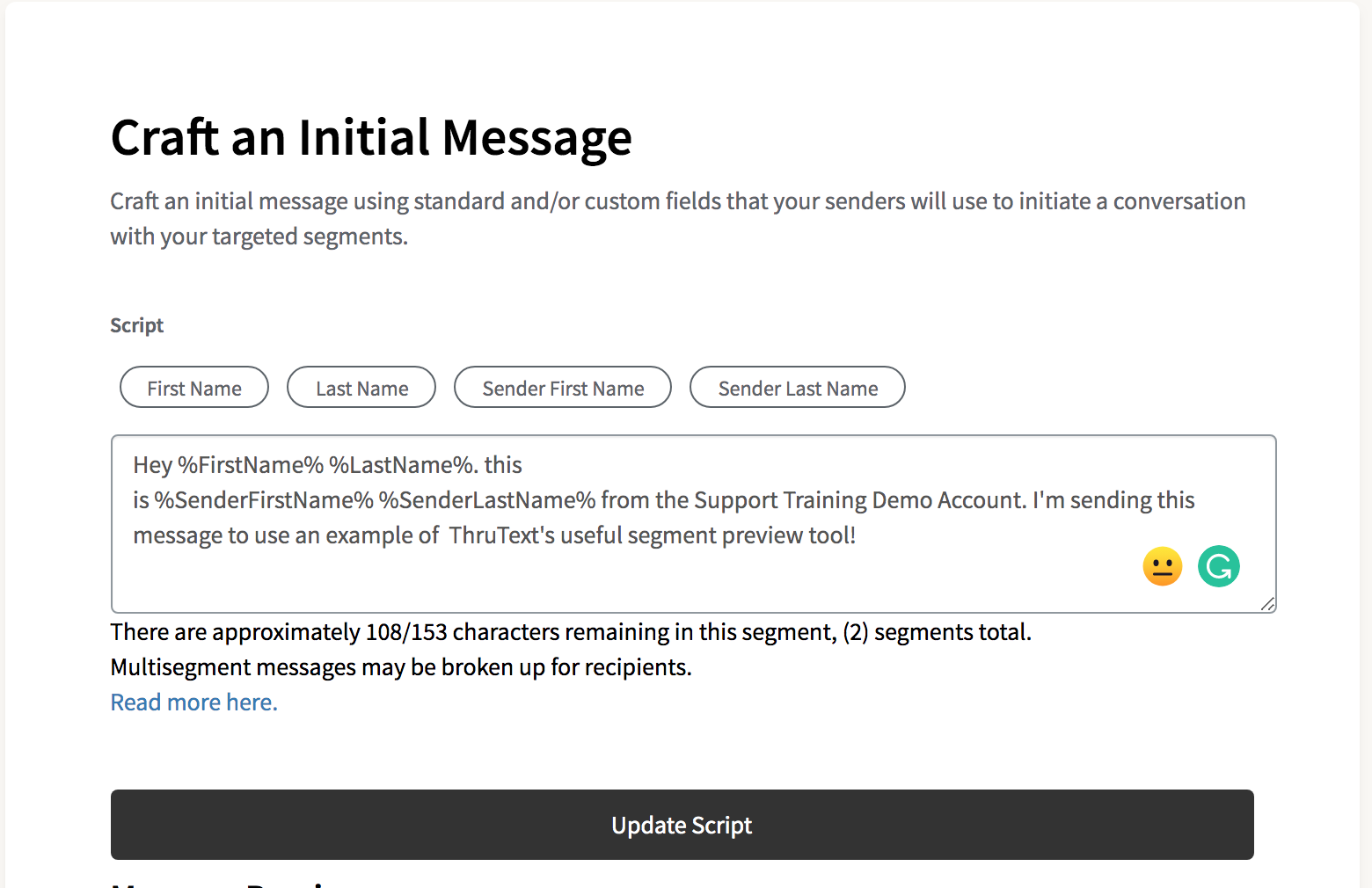 M
Maxwell is the author of this solution article.