Follow-up messages are additional admin-initiated messages that can be sent to some or all of the recipients in a campaign.

For example, if your campaign involved inviting recipients to an event, you might send a follow-up message to those who said "yes, I can come" to remind them about the event time and location.

Follow-up messages are easy to create, and come from the same phone number as your initial messages, helping your recipients feel like they are participating in an ongoing conversation -- which they are!

Step 1: Press "Create Follow-up" from within the campaign

Step 2: Make sure the end date is in the future

Just like initial messages, follow-ups have end dates. This allows you to put a time limit on when follow-ups can be sent. For example, you wouldn't want an event reminder to be sent out after the event has taken place. The corollary is that you must make sure the end date is in the future -- otherwise, the follow-up message won't show up after you launch it.

Writing a follow-up message is just like writing an initial message. You can insert any of the fields from the target group into the message. 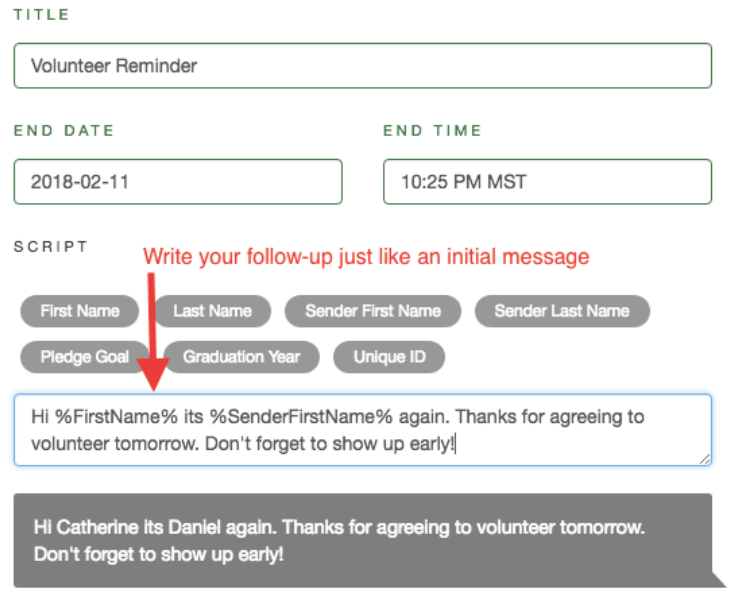 Once you write your follow-up, you decide who it should go to by using the filter options. If you choose no filter options, the follow-up will go to everyone in the campaign target group.

You may also choose to target a message based on a subset of the existing campaign. You may remove contacts from the follow-up message based on campaign survey responses, reply status, or a different group of contacts. This functionality is very similar to the campaign creation advanced targeting, without the ability to add new contacts/conversations.

You can filter follow-ups based on survey response. 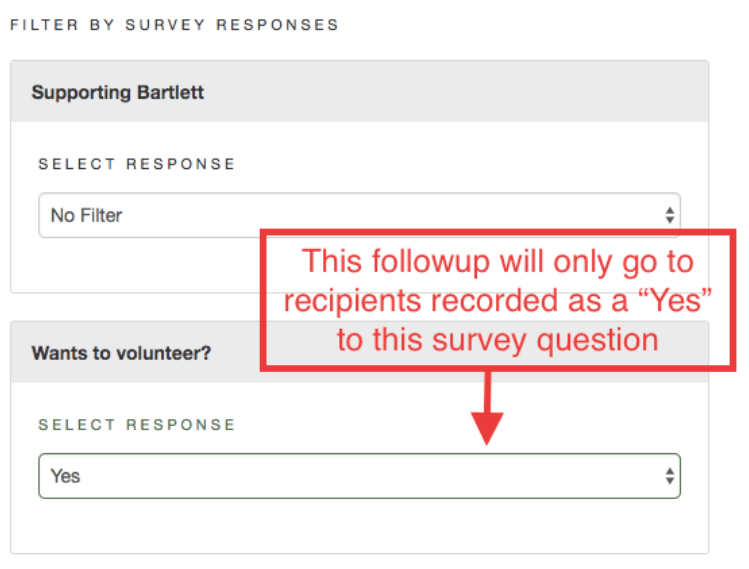 You can also filter follow-ups by reply status. 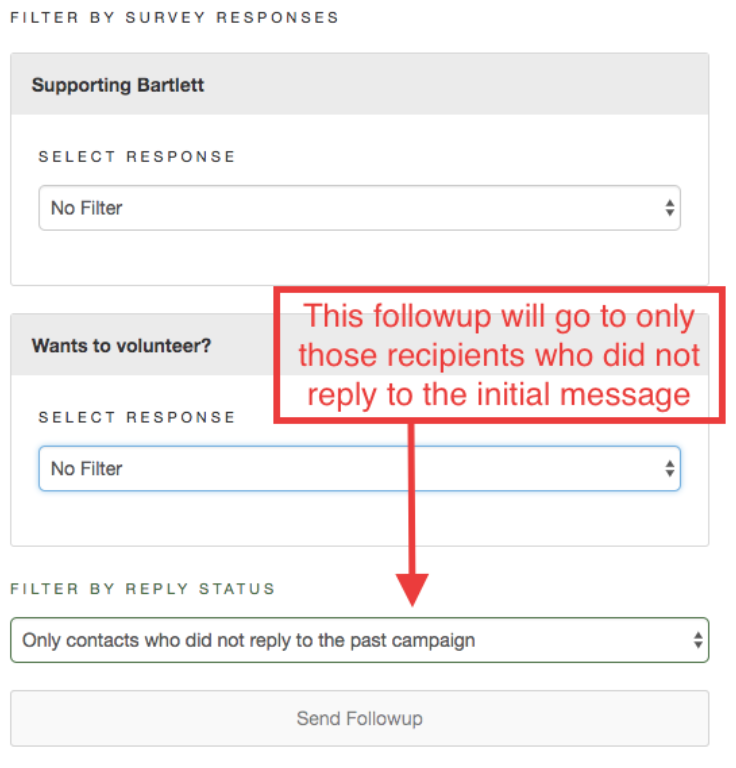 You can also remove contacts using a filter based on an independent group: 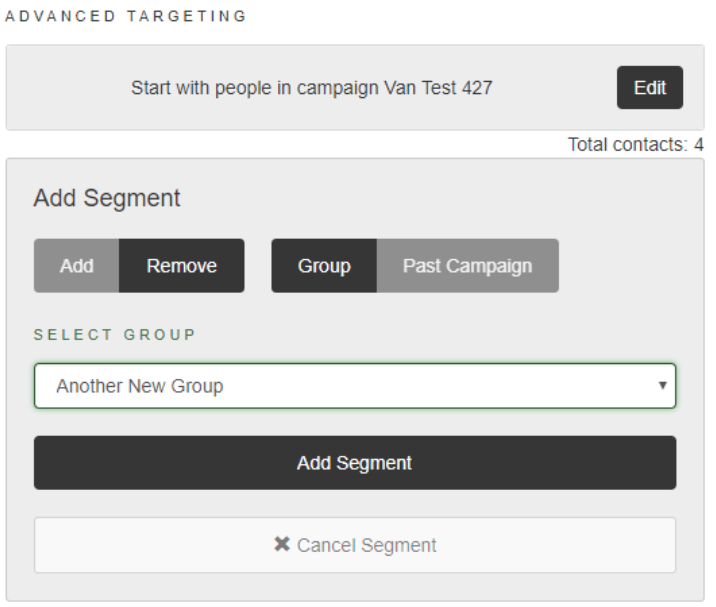 Finally, press the "Launch Followup" button to make your follow-up message available to the message senders. Just as with initial messages, pressing send does NOT automatically send the message to recipients. You cannot send messages en masse via ThruText. Rather, launching queues up the message for your message senders to send out on the message sending side of ThruText.

You can "Save to Draft" if you are not quite ready to send at that time. Followups in draft form can be launched, modified, or canceled from the campaign summary page. Canceled follow-ups can not be reactivated. You would need to create a new follow-up.

Followup scripts will appear in the user's sending screens just like an initial script message. Message senders can always "Skip" a contact or modify the script for a follow-up to a specific contact to better fit the flow of the conversation history during the sending process. The conversations will appear with a pink indicator when a followup is active: 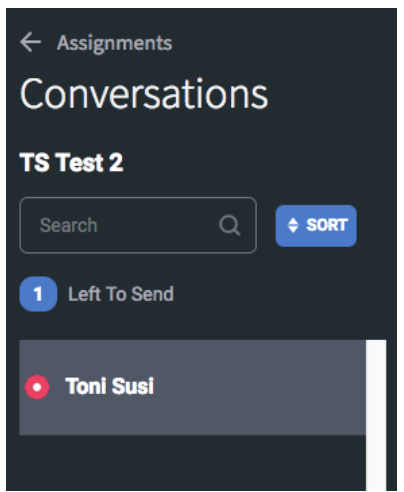 Note - Follow up messages are meant to be run in sequence rather than concurrently. If you need to create two follow-up campaigns, create your first campaign, and then send all the messages. Then, you can create your second follow-up message.

T
Toni is the author of this solution article.