Once your campaign is launched, ThruText provides a number of tools to help you manage your campaigns. These tools are available on each individual campaign page. 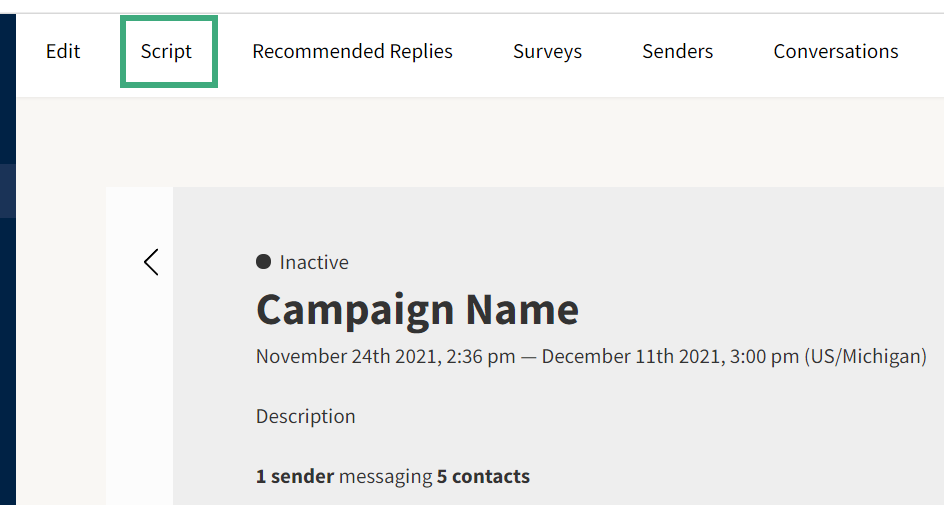 Archiving permanently ends message sending on a campaign. No more messages can be sent by either the sender or recipients. Once it is done, archiving cannot be reversed. Within an archived campaign, you will still have access to the Export and Clone campaign management tools described below.

Exports are how you pull data out of ThruText. Campaign exports come in CSV form and there are two types: surveys, conversations, and messages.

The campaign cloning feature will allow you to create a new campaign based on the parameters of a previous campaign. After clicking on the Clone button on the campaign management page, you will just need to enter a new campaign name, start date/time, end date/time, target list and senders (optional) before moving on to the review step of campaign creation.

Follow-ups are additional messages that you want texters to send to some or all of the campaign Target List. Follow-ups have the same targeting options available in campaign creation: you can filter by survey response or response status.

If you create a follow-up message, senders will be required to send it to all of their contacts (except any who might have opted out) in the same fashion as the initial message, before returning to their replies. Senders can skip the follow-up if it doesn’t make sense in the context of the conversation thus far.

ThruText allows you to reassign messages among senders. To do this, follow the instructions in Reassigning Conversations.