Collecting data to sync to VAN

You can add your VAN Survey Questions and Activist Codes to your ThruTalk scripts and sync back calling results to your VAN committee using a ThruTalk-enabled API key!

When creating a new script, admins can choose if they would like the script to be used for either MyVoters or MyCampaign syncing groups. Admins can use the drop-downs at each question creation to access a VAN "question type" and VAN survey IDs. Answers created in VAN will pre-populate your script! 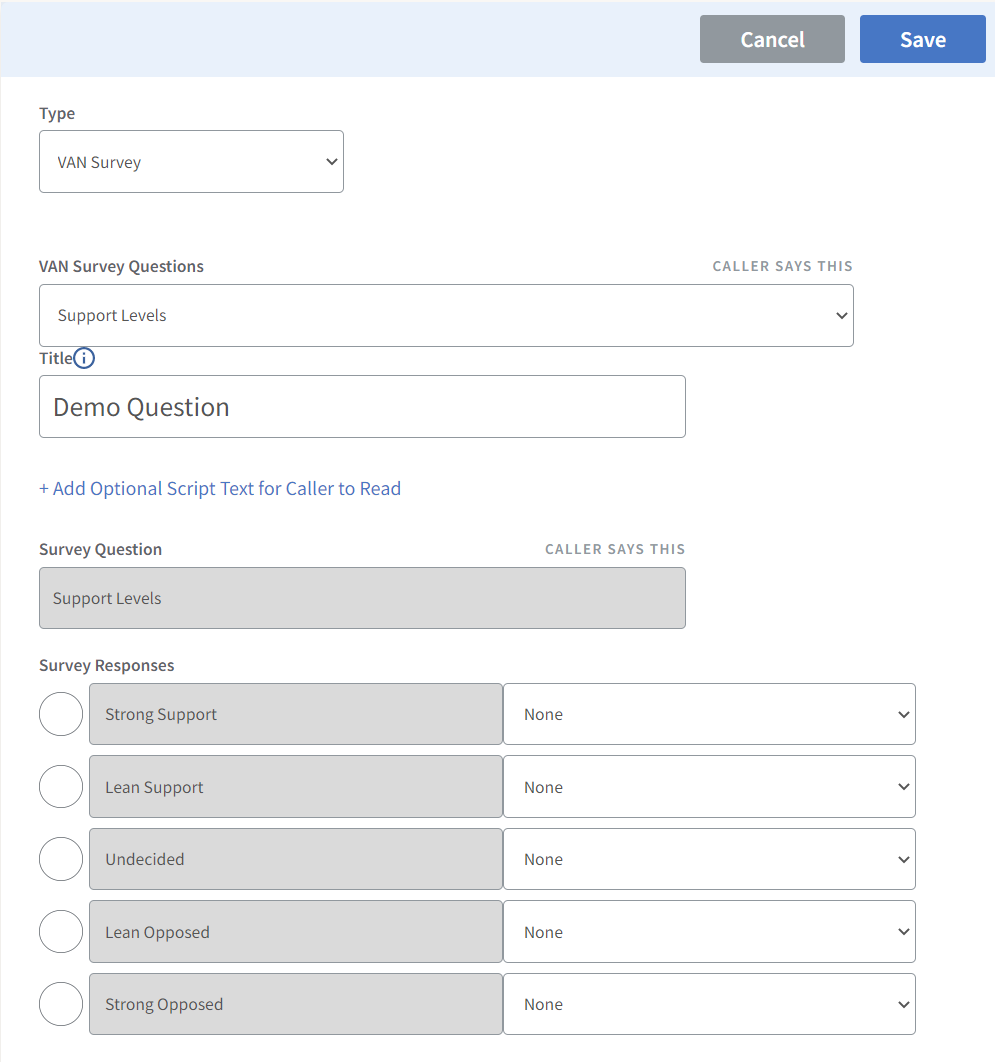 Use a script naming convention that includes the side of VAN (MyVoters or MyCampaign) the survey questions are imported from. This will make your campaign creation easier!

Using the External Contact list, create a group. Be sure to map the VAN ID custom field to the side of VAN you will be using!

After a script has been created with VAN surveys, campaign creation can begin.

As callers make calls, they will record survey data on their script. A canvass record will be added when survey data is synced at the end of each call. MyVoters scripts with MyVoters groups will save to the MyVoter file. Survey questions imported from MyCampaign to a MyCampaign script will save to your MyCampaign file.

You and your callers do not need to press any special "sync to VAN" button. If your campaign is set up properly, the survey data will sync automatically as callers move to the next call. Just check your VAN account and you will see the recorded data!

Step 5 - Viewing the Data Synced Back to VAN