Mobile Optimization: We've made some adjustments to our mobile design to improve the user experience: 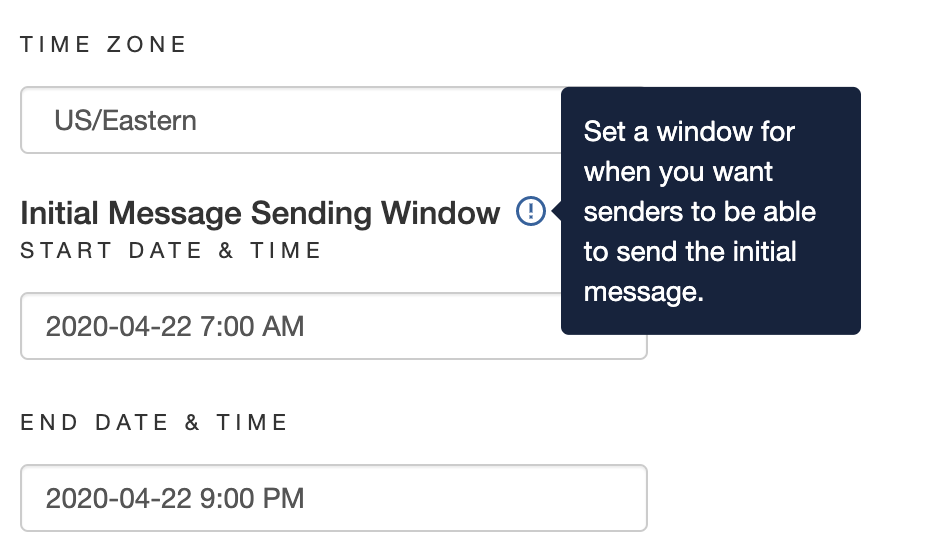 Bug Fix: When creating a new campaign, the start time used to default to the next closest future hour, causing texters to see an empty inbox if they opened the assignment between the time of launch and the future start time. Now, the campaign start time defaults to the current time and can be adjusted as the admin wishes.

Bug Fix: We've made it so the end time on your campaign can never pre-date the start time of a campaign, a bug that would sometimes cause a campaign to appear to be "closed" when it was in fact open.